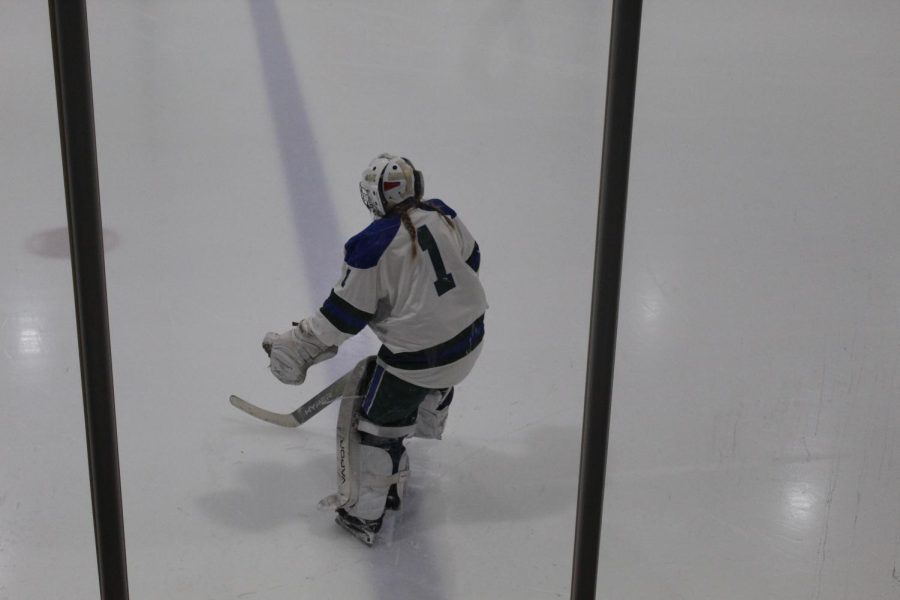 The first games of North Dakota girls state hockey were played on Thursday, February 24th. West Fargo United faced off against the Mandan Braves. The Braves put up a good fight, firing a total 25 shots at United goaltender and Horace Hawk, Maggie Seeley, only getting one passed her. United ended the game with a 2-1 win to advance to the semifinals against Fargo Davies. Friday evening, United and Davies played a competitive, and physical game that kept the crowd on their toes. Although Davies almost doubled United’s shots on goal 29-17, the game was kept 0-0 up until about half way through the third period where Davies ends up sneaking their first goal by Seeley. Fargo Davies ended up burying two more following that. The final score was 0-3, sending Fargo to the championship, and West Fargo to the third place game. Saturday afternoon, United played Bismarck Blizzard. Previous games had always been close between 2nd seed Blizzard, and 4th seed United, so it was anyone’s guess on how the game would end. As previous games were played, the third place game was neck in neck up until the last goal. Bismarck goalie Kambree Grabar had a total of 22 saves and West Fargo goalie, Maggie Seeley had a total of 29 saves. The game went into an 8 minute overtime, but United scored the game winner within the first three minutes of the period to take home the 3rd place win 4-3. Our Hawk, Maggie Seeley was voted for all EDC goaltender, in addition to all tournament all state team alongside her defenseman Erin Nowacki.